In this explosive story of revenge and urban violence, Jim Greco and Erik Ellington team up with a group of skateboarders who have a change of opinion after their favorite spots are mercilessly knobbed and destroyed by a gang of thugs posing as authority figures. Slash is arrested, Lizard King is assaulted by a skatepark ledge, and Furby’s board is stolen. They then turn vigilante as they stalk the mean streets of Los Angeles with Moose and Neen Williams, on the prowl for handrails, gaps and dangerous spots of that nature. The Deathwish Video is an epic and controversial film that is frank and original in its treatment of urban skateboarding and the average citizen’s helplessness in dealing with it. Various artists wrote the musical score. And watch for a young Jon Dickson in his film debut as one of the pros. 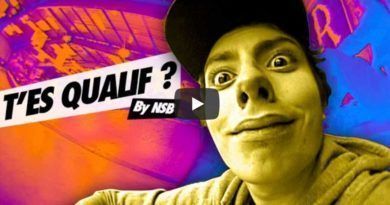